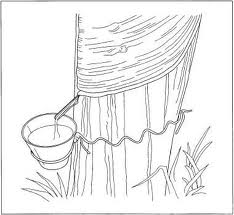 These materials are derived from cereals or roots such as corn, wheat, tapioca, sogo, etc. The basic constituent is polysaccharide which on hydrolysis yields long chain glucose units.Variations can occur with the use of different food materials and with changes in hydrolysismethods.
The main use for these adhesives is the paper industry where they are used in multiwall bags, corrugated paper etc. Dextrin which is dry roasted starch is used in remoistenable adhesives.

These glues are used in paper backs.
- Natural rubber
Rubber is derived as latex from the rubber tree (Hevea brasiliensis). The raw latex is collected and concentrated and either sold as latex or coagulated and sold as solid for solvent dissolution. Adhesives made from natural rubber, which is essentially polyisoprene, are very tacky and are used in pressure sensitive applications or where long bond times and tack are required such as tapes, ceramic tile adhesives, flooring adhesives etc. 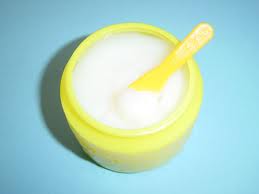 Animal glue is commonly referred to as Hide Glue. This term comes from the fact that gelatin used in this adhesive is extracted from collagen, a protein component of bovine and porcine hides and then graded for different uses in food, pharmacy and the adhesive industry.  Adhesives of “animal” origin are all-natural, non-toxic, and biodegradable.  The technical grades of gelatin are used to produce hide glue or cake glue. The term ‘cake glue’ refers to the finished adhesive in a cake form that must be melted by the end user prior to application.
Since 1970’s, gelatin has more often been recycled from pharmaceutical and nutritional scrap gelatin. This can come in the form of soft gel netting or scrap hard cap. Soft gel netting is what’s left over from production of a Vitamin E gel cap, for example, while hard cap is ground up hard capsules, like Tylenol. Animal glue also contains Epsom salts, natural corn sugars, water, and glycerin. Animal glue is most commonly applied using a wheel, roller, or pad. It is commonly found in match heads and other abrasives, such as sandpaper, paper crimping, laminating, woodworking, bookbinding, and rigid box or set-up box manufacture. 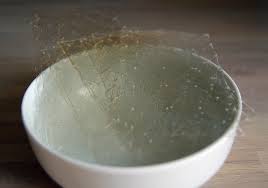 Animal glue is composed of technical gelatin, usually extracted from collagen found in hides and/or bones of pigs and cattle. Other ingredients include Epsom salts, water, natural corn sugars, and glycerin. These glues are sold in gelled cake form and are liquefied for use by heating to 140° F. The performance of modern animal glue formulations is much improved over the simple gelatin/water mixtures of the past.

The Major Advantages of Animal Glues:

- Soluble in Water
- Eco-friendly, non-hazardous, non-toxic, biodegradable, repulpable
- Forms a strong and long-lasting bond
- Can be modified for open time, tack time and viscosity.
- possess excellent initial wet tack
- Useful in “green” applications
Gelatine (animal, fish)
There is a wide range of products included in this overall category. Generally they are all proteins which are derived from the hydrolysis of either collagen or soya flour, or by separating casein from skim milk.
- Animal glues from bones and hides are used in gummed tape, textiles and the paper industry such as book-binding and case making.
- Fish glues manufactured from skins have been used in rubber gasket to steel bonding, paper to steel etc.
- Caseirs from skim milk are used mainly in wood to wood bonds.
- Blood glues are mainly used in veneering and plywood
Resins, Shellac
Natural resins have been used as adhesives. Shellac is used in bonding mica splittings to form micaboard and used to be used in abrasives. Gum arabic is used in remoistenable adhesives. Copal gums are used in spirit soluble lino cements. 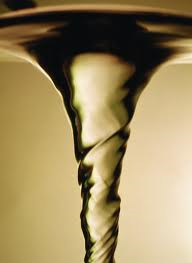 Cellulose is in the structural elements of plants and is a polymer made up of glucosidic rings joined by xygen. The glucosidic ring contains three hydroxyl groups which are reacted to form the various derivatives. Ethers and esters can be formed to give either water soluble or solvent soluble polymers.
- Cellulose nitrate - mainly as a clear general purpose home handyman adhesive.
- Cellulose acetate butyrate paper to paper and plastic adhesives.
- Methyl cellulose, leather paste to prevent shrinkage as drying and wallpaper pastes.
- Ethyl cellulose, low temperature adhesives.
Sharing in :